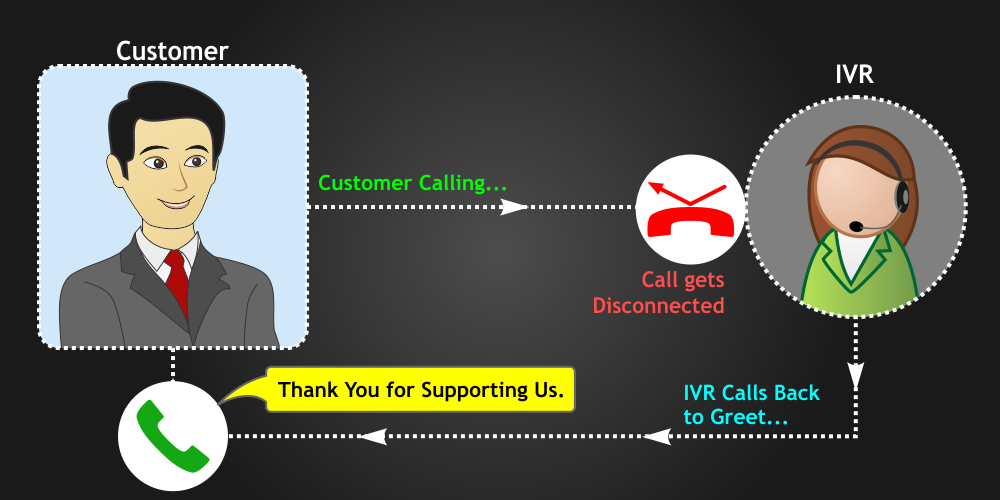 Since the origin of mobile phones, Missed Call has been a trait treated as a one-way communication element. You merely dial a number with the basic purpose of it to go just for a length of a second or two and disconnect it. In such circumstance, the caller, at the most, gets a pre-programmed ‘Thank You’ SMS but that’s about it. This has, with time, proved to be very boring and non-interactive. What if we replace this humble SMS with a voice greeting instead?!

The human race is well-known for its disconcerting nature and so are our developers!  We were somehow dissatisfied with the decade old technology and were keen on working to improve it till we attained some breakthrough. And ultimately, ‘We came, We saw, We conquered!’ We, at UMS, have finally added voice to the ever so boring, dreary missed call service which could be dynamically modified as per customer requirements. Our  fabulous developers have successfully added voice on the missed call service so that once the caller hangs up, we call the user back and then play an audio prompt like “Thanks for calling, we will get back to you soon.” This in turn acknowledges the caller that their input has been received as well as makes their response/ feedback appear valuable to us. The Missed Call to Voice SMS App helps you to connect closer to your caller than a missed call can ever be without the need of extra staff.

For any further queries, you can watch the detailed demo video.

“The UMS team understood the problem we were facing and recommended a cost effective solution to solve the same. The team also got the solution up and running in no time. They have always been available and their customer service is quick and efficient. It’s been great working with the UMS team!“